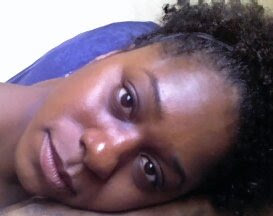 When you hear that phrase, it's usually being used in relation to a cavalier breakup, but this is not a "Dear John" letter. This is a revelation.

Over the years, I've made mention of various aspects of it a number of times throughout this blog: I'm pretty anti-social. I get stressed out very easily. After a taxing week, sometimes I have to come home and sleep for 12-16 hours straight to feel like myself again. I seem to experience things more deeply than most of the people around me. I need more 'alone time' and more sleep than anyone I know, but at the same time I'm definitely not lazy because I can be driven to a fault. The list goes on...

Because of the impact some of these traits have had on my life and my relationships, I've been on and off anti-anxiety medication for decades. No, I don't generally behave in a stereotypically hyperactive way, but that's how I feel all the time. I've had success in explaining it like this:

Picture yourself at a movie. It's a psychological thriller that you've been waiting to see for months. You're in the theater seat, popcorn in your lap, looking up at the screen. Your internal dialogue is going "OMG! The killer's in the closet! Don't go in there! Oh no - she's gonna go in there. I can't look. I'm looking. OH NO - The closet doorknob is turning!! What's gonna happen?? WHAT'S GOING TO HAPPEN???"

That heightened feeling you feel by the time you get to "WHAT'S GOING TO HAPPEN???" Well, that's how I feel all the time. Except nothing ever happens. I never find out if the protagonist got out of the house in time, and I never know if the killer jumped out and got her. I am stuck at "WHAT'S GOING TO HAPPEN???" The upside of that is that I'm hypervigilant and pick up on nuances very quickly, which, both feeds my creativity and allows me to identify potential problems early on. The downside is that my central nervous system is shot. I'm always on edge and startle very easily. Another 'side effect' is that when I get invited to large parties or events where I have to be "on" it's just too much, so sometimes I don't go. Then people that I really do like think I DON'T like them. Or I DO go, and I drink too much because I'm trying to dull my senses and calm my nerves. I don't dance with a lampshade on my head or anything, but drinking to soothe my jangled nerves is not a habit I want to pick up. I'm not "shy," so I've never really understood this. I constantly have to insulate myself against being over-stimulated.

All of this can be a very uncomfortable feeling and very disruptive to the 'normal' flow of life as we know it. It's definitely not a way to win friends and influence people, and I've been accused of "trumpeting my uniqueness" and not "going along to get along," just to get attention.  On the contrary, trying to "behave myself" and not always be one of the few subversive souls swimming upstream has had me taking prescription meds off and on since I was 19:  round white pills that made me way too happy, colorful capsules that made me way too sad, and oval pink pills that made me not care at all.  At almost 2 years off (though I do take 1-2 Xanaxes a month when I REALLY REALLY need 'em), this is the longest period of time that I've been off of them since I was 19, and because I intend to stay off, I've been experimenting with various ways to create balance in my life, many of which I've chronicled here on my blog.

Okay, this part is going to sound hokey, but it is what it is:

A website that I LOVE (TalentDevelop.com) had a link to "anxiety/stress" as it relates to creative types. I clicked on it and read some articles, one of which led me to Dr. Elaine Aron's website, "The Highly Sensitive Person." I took the "Are You A HSP?" self-test and as I went down the list I got more and more shocked that someone has actually been able to quantify all of the traits that I've been experiencing for at least as far back as adolescence. I bought two of her books the very next day, and have just finished reading one. I'm re-framing events and experiences in my life in light of what I now know. Instead of just slapping a label on myself and using as it as an excuse for behaving in an anti-social manner, this better understanding of myself is helpful in my ongoing quest for balance in my life. And just as I honor other people's right to live authentically, I need to do that for myself - not only by giving voice to my feelings, but in exercising my right to just "be" instead of "doing" all the time and not feeling guilty about it, i.e. I am truly sorry if my not returning your phone call in a timely fashion or not coming to your party has caused you distress - it was not my intention, but I really needed not to. It's not you, it's me.

And it is. And sometimes people are just going to have to understand.

I'm still figuring things out as I go along, but wanted to post this in case someone else is in the same boat, and needs some resources to help 'em along their journey.

On the acting front, I'm auditioning a LOT lately! I'm talking one or two auditions DAILY. This past week, one casting director who has called me in 3 times in the past month and a half told me that I "do good work every time I come in" and that he's determined to keep calling me in until I get on the show. Color me happy. Plus I'm in class everyday for 3 hours, and rehearsing with a partner for at least 1 hour a day. I also just finished Holly Powell's audition workshop. All of this wears me out, but I was able to put it into perspective: 7 years ago I DREAMED of the day when I would have a 'real' acting career and could spend my days doing "acting stuff" instead of working at an insurance company (though the people at the company were very nice to me). Here I am. It's very different on the inside than it looks on the outside, but what isn't?

Catch me on hit CBS show "The Mentalist" on Thursday, Oct. 8. Check your local listings for the time. It's not on my IMDb page yet for some reason (hope I didn't get cut out), but that's when it's supposed to be on. The episode is titled "Red Badge."

Long post, I know, but thanks for hanging in.