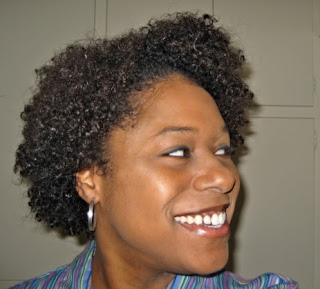 Over the last week I've had 3 commercial auditions (one of which resulted in a callback), 3 TV show auditions, and 1 TV movie audition. Whew! Monday morning brought a phone call from my manager telling me that I've been put on hold for one of the TV shows. I've been to audition for this show about five times over the last couple of years, so I was feeling all good & stuff (being put "on hold" is the closest step to actually being booked*). Then I got another call about 15 minutes later - it was my manager again, telling me that I was being held for a second TV show. She gave me the date range, and I called my agent to give her a heads up. Hopefully they'll BOTH firm up and become bookings AND I hope they shoot on different days. Let's all cross our fingers that the bookings come through tomorrow so I can do the happy dance all weekend.

Next week I start production work on another award show, the NAACP Image Awards. I'm mentally preparing now. I've worked on this show every year since 2003, I get to work with several friends on this show and I don't have to work directly with talent (which can try my patience). I've been going to weekly lectures by Marianne Williamson, and really working hard to implement the things that I'm learning, namely, to rise about the fray and stay above it. I get sick and grumpy every time I do production work (some gigs much more than others), and I don't want to be so easily affected by temporary circumstances. I need to make some money right now so that I can knock out the few debts that I have, and get new headshots that feature my BIG HAIR, which I have finally decided is here to stay for awhile. I'm past the awkward stage and it's actually looking cute these days. PLUS I've finally found a wonderful product

that makes my hair behave (well, sort of) and doesn't send my scalp psoriasis into angry eruptions. Color me happy. (Sometimes it's the little things.)

I've been more social than usual, and it has been good for me to get out of my apartment for non-work-related reasons and communicate with people face to face (rather than facebook to facebook or tweet to tweet).  I'm working on ME, y'all.  2010 is going to be great.