Do the Right Thing. 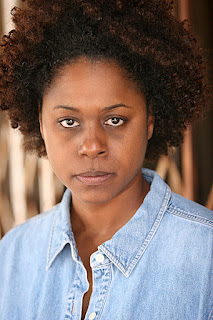 Over the past week, a lot has happened.  I shot a commercial for CenturyLink High-Speed Internet last Friday.  I was in and out in less than 2 and a half hours, INCLUDING lunch!  Actual shooting took about 15 minutes.  Bam, baby!  :o)

This week, I have had seven auditions, and 3 of them were today between the hours of 3 and 5!!  The second one was a really high-stress situation because I wasn't able to go to the first audition last Friday (they were running late, and I had to get to the set), so they called me in straight to the callback today.  Again, they were running late, and I was about to leave because I didn't want to be late for (or even miss) my 3rd audition.  The casting staff was awesome - they got me in and out as quickly as they were able to, and I have been put on avail!  Whoo hoo!  I'll tell you for sure what it's for when I know if I booked it or not.  I will say that it's a store that I told my agent I wanted to shoot a commercial for 5 years ago when I signed with him.  I may have blogged about it at some point, and if you search, you may be able to find it, but I'll tell you soon anyway, one way or the other.  My fingers are crossed.

Speaking of agents... I am now theatrical agent-less.  I made the decision to end my business relationship with my theatrical agent.  I have nothing bad to say about her or the agency, it was just time.  I still have a great manager, and great commercial agent.  Will I look for another agent?  We'll see.  Right now, as you can see, the two of them are keeping me busy!  It was a tough decision, and a hard phone call to make, but it was the right thing for me at this time.  When I left my last agent, I didn't handle it properly.  I sent a certified letter, but was nervous about calling, so I just waited until I thought she got the letter, then stopped by to talk to her.  It was more awkward than it should have been, and I learned from it.  "Don't be a punk, Nicole!!"  It's important to handle things the right way in order to move forward without regret.

Something else happened this week that really made me really aware of the importance of doing what's right.  I confirmed a theatrical audition with my manager, then got a call from my commercial agency for an audition at the same time in a different area of time.  I haven't yet figured out how to clone myself, so I asked if the commercial audition time could be changed.  My agent's assistant said she didn't think so.  I called my manager, but she couldn't move my theatrical audition because it was for producers and not just with casting (producers are only available for a limited time).  My commercial agent tried to get me another time, but casting never called back.  I went early anyway, and they wouldn't see me, but told me they would call me in for something else.  I left and went to my theatrical audition - it went well.

Here was the dilemma:  TV shows are great for the resume, and it's always good to be seen by producers (if you're ready, of course).  Plus this was for the upcoming "Criminal Minds" spinoff.  I'm sure the fact that I had that ABC audition, then got called back to read for the "Criminal Minds" script had something to do with it, so of course I was excited to go in.  The downside?  It was two lines.  So, if I book it, I've basically given up a chance to have a bigger role on the show in exchange for 2 lines.

Commercials don't even go on your resume, but they are great for the bank account.  And I SO need my bank account to look better than it does right now.   So does my landlord.

At the end of the day, I agreed to go in for the TV show first, and that's what I needed to do.  I had to decide to just attribute the commercial audition to someone else needing it more, and release it.

I have to believe that if I do the right thing, good things will happen.  And if they don't, I still find that easier to live with than not doing the right thing.

Headed to bed early.  It has been a long day, and tomorrow is looking like more of the same.