You Looking For Me?? 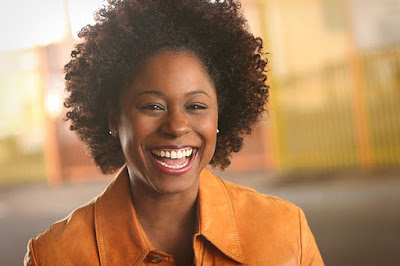 I know you've been looking for me.  Know how I know?  Because I can count stats & see how many people have stopped by.  Don't worry - it doesn't tell me who, but it DOES tell me where, and for some reason I've been pretty popular in Thailand.  But, I digress.

While you've been looking for me, I've been looking for me too.  Instead of my usual "What's next?" I had to take some time and ask "Where am I now?"  The answer is always the same: "Right here."  And wherever I am, I need to be present.  It's hard.  I've always been a task-juggler, and now with Twitter, Facebook, Blogging, cell phones, and everything else, more and more "to-do's" get piled on until the things that matter get so diluted and disjointed that it gets hard to experience anything fully.  So I went on hiatus.  Well, sort of.  I stopped tweeting and facebooking.  I stopped "doing lunch." I even took two weeks off from auditioning.  I've been taking a look at my life, discarding some things that no longer serve me, and re-committing to others.  I will still tweet, and I will still have a presence on Facebook, but I won't be there as much.  I'll be here more, and I'll be devoting more time and attention to the things that really matter.

Here's what has been going on:  I moved to a new apartment, and I am working on a tribute show.  I was exhausted, got a bad cold, and am at the tail end of that.  I booked a commercial, THEN received a call the next day, saying that they booked me by accident (booooo).  However, since they did book me, they have to pay me anyway (thank you, SAG)!  I also got called in to do some ADR work for one of the commercials that I've already shot.  It was quick, fun, and fanned my interest in pursuing VO work again, and Dollivotts! received the very first sale (whoo-hoo) - someone purchased an abalone french-twist comb to wear at a wedding.  We are in business!  Feel free to stop by.

I'm also excited to be working with fellow Los Angeles actress, Brandi Ford, on her upcoming web series "Diary of a Wedding Planner"!  Kudos to her for writing and producing her own series.

I didn't plan to blog until the *official* end of my self-imposed hiatus (on Monday), but I've missed it.  I'll make sure it won't be as long as it has been.  I promise.