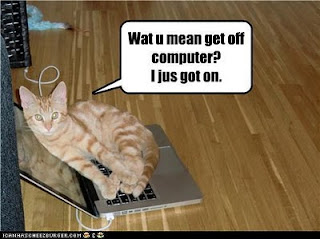 * Caught up on sleep (ongoing project)

* Consulting with other people who are ready to "Live Truthfully."

* Decided (okay, re-opened the case) to learn to surf (more on this in future posts, I promise)


I really feel silly admitting this, but before I gave up Facebook or Twitter for Lent, I was worried that people would forget about me as an actress, and as a person. My online presence had become my avatar, and without my avatar, I was just "Nicole, at home reading a book" or "boring Nicole going on an audition," or whatever. Like, "if I fall down in the woods, and nobody is around to hear it, do I make a sound?" (or, like... whatever. Y'all get it.) But what I've re-discovered is that the people who really matter REALLY matter, and, while social media can be a great way to communicate with people in my life, it can be really easy to overestimate the importance of Facebook "friends" and Twitter "followers."

I HAVE built some real-life friendships via social media, but I can count those on one hand. Looking at this truth, I think my time would be better served cultivating relationships with people who I already know & love. I really don't want to talk on the phone for hours everyday (it makes me tired and eats up my day in a way that doesn't work for me), so social media (along with texting, if that counts) serves as a facilitator to communicate with people ALREADY within my 'circle.' Instead of saying that I'm 'friends' with all of these people and pretending that folks I haven't seen since 6th grade (or NEVER seen) actually care to receive updates about me, I would do better to focus my efforts on using social media as a business tool.

I must admit that I have really missed social media on a few occasions, including:

For the most part, though - I feel like I am making better use of my time. It seems that using Facebook became a default action anytime there was something going on with me that I didn't feel like addressing. "Oh, let me see what's going on with so-and-so." 90 minutes later, I'm looking at my ex-boyfriend's homely wife (EXAMPLE only). Even lurking at Facebook is a huge time suck, and total BS because I already KNOW what's going on in the lives of the people that are closest to me.

Twitter serves a different function. Something I didn't realize before is that Twitter is about validation. Whenever I experience something interesting (which happens ALL THE TIME, now that I'm not staring at one of my screens so much now), I feel compelled to share it with all of my Twitter followers so that they can validate that my experience was, indeed, interesting. Also when I have a thought that I think is especially clever. This realization made me feel icky. Now I recognize the compulsion for what it is, tell it "I see you." laugh a little bit, and sit with whatever I'm feeling. Our lives are private experiences, even if we insist on putting bits of them on display for the public. All validation does is make us feel whatever it is that we are seeking to feel - it doesn't change the truth of a situation.

At first, I did catch myself filling my FB & Twitter time with compulsive blog-reading, in the name of "research" (what I was researching, I don't know). I still read a few a day, but it's mindful now. And I make time for an occasional visit to I Can Has Cheezburger, but anything that makes you laugh until you cry can't be all bad, can it?? (Let's file it under "laughing cure!"

Just woke up this windy, rainy Sunday morning, and these thoughts were going through my head & I wanted to share. I would love to hear your thoughts & perspectives on this.

Okay, gotta get ready for my Sunday matinee. Hope the rain doesn't keep the audience away. It's pretty nasty out there, and I wouldn't go out if I didn't have to.

It has taken some hard work and practice in acceptance, but on this rainy day, I really do love the life that I've been blessed to have and shape (freedom & responsibility). And it's a good thing, too, because it's the only one that I have.