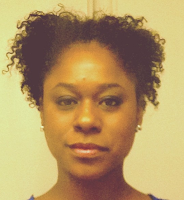 I got together with some friends and we all decided to challenge ourselves by writing personal monologues inspired-by, or, based-on current events. Here's where I landed:


I have always loved words. Been a sucker for a well-turned phrase. Add to that the musicality of a dialect different from those that I already readily heard, and my attention was rapt.

The use of a new term would send me running for the nearest dictionary. Additions to my young lexicon were my most cherished personal possessions.

One of my earliest memories was of Sesame Street being broadcast in Spanish. I, not understanding, and not knowing why I didn’t understand, turned to my mother. “They’re speaking Spanish – see? Entrada means ‘entrance’ and Salida means ‘exit.’”

What??? There are people out there speaking in ways that I can’t understand??? What manner of madness is this? Who do I need to talk to?

My junior high years found me studying Spanish and Italian. In my college years, I added French.

It wasn’t until college that I realized that my OWN words could be used as weapons against me. Not bad words. Not unkind words. Just regular old words… due to the way that I spoke them.

Standard American English is not my first dialect.

Way back before college education smoothed out my vowels and taught me that conjugating the verb “to be” by using “be” for every person who “be doin’ somethin’” would get me put into the “stupid” box by those who dared look no further, I spoke my native dialect fluently. Colorfully, for in it lived the full spectrum of all of my emotions.

Before I had time to revel in the fact that my own dialect, with all of its economical richness, had a name, its name became a punchline. Still, everyone in my world either spoke it fluently or understood it without problem. Which is, after all, the definition of communication.

And then I went out into the world.

“What did you say? Ha-ha that’s so cute! Are you from the south?”

Yeah, my dialect was southern-fried: a batter-mix made of Memphis, Georgia, and Mississippi forebears, then shipped to Chicago, whose south side was the only “south” I had ever personally known.

And so, I, who graced honor rolls, deans lists, who attended a school for the gifted, and took high school classes at the age of 11, I, who graduated high school and went to college at the age of 16, who spoke two languages fluently and two more well enough to get by, was treated as if I were stupid. Ignorant. An easily-dismissed novelty.

So I learned to code-switch. Learned when and where to employ the richness of my native dialect, and when to tuck it away in favor of the carefully-curated words spoken with a deliberate diction that has never quite felt at home within the vermillion borders of my lips.

Standard English flattened my emotional rainbow. Squeezed it into a stingy, grey-striped ribbon. It affected my relationships even as it improved my chances of upward mobility.

Close relatives didn’t know who I was when I called them on the phone. Old friends who “knew me when” accused me of putting on airs.

A few years ago, an observant (and blunt) friend told me that I speak very slowly, and I became somewhat self-conscious - it took me awhile to figure out why... and then I realized that I had just been ‘outed’ for the lag time that it takes me to translate Ebonics to Standard English in my head.

Standard English requires me to cap my sliding gerunds with the letter "g," and to keep my “to be” conjugation from going rogue, which it threatens to do any time I speak quickly, with fatigue, or passion.

So… when I saw young Rachel Jeantel on the witness stand at Trayvon Martin's murderer's trial, being called stupid, low-class, ignorant, and an embarrassment - not due to the content of her testimony, but for the color of her language…