Work It If You Got It! (Secret: We ALL have something...)

I had my underwear commercial audition on Wednesday, and I think it went very well. I wasn't nervous at all - I know I'm not the so-called "Hollywood ideal", but neither is most of the world. Plus I didn't call them, they called me in. I work out, eat healthily most of the time, and consider myself to be on the fit side of "big girl". The body I have is the body I've earned (at the gym as well as the dinner table), and I own it all without shame. A few of the other women there were very nervous. One even forgot to wear a bra, lol. Luckily she had a GOOD FRIEND who was also auditioning, so she took hers off and let the other woman wear it. That's some serious friendship for ya. (I'm glad it was her bra and not her underpants.) Another woman, upon seeing that the casting assistant was a man, started to freak out. I told her that if he wasn't ashamed to be looking at her in her underwear, then she didn't have to be ashamed to be wearing it, after all, wearing underwear is something most of us do everyday, so we know how. Casting is their job. Being you is your job. (I have to remind myself of that part sometimes.) She went in, and when she came out, she thanked me and said she felt better. I'm truly glad, and if she gets it and I don't, there's something else for me. I would really like to book it though. The good news is that they are casting a few (not sure exactly how many) women. I like those better because there are more chances to get the gig, and I'm all for everybody getting paid.
Sometimes I don't know what posts will be about until I start typing, but this looks like it will probably be a post about body image.
The first time I really became aware of the disparity between Hollywood and real life was shortly after I moved to L.A. I was in the grocery store looking for something or other, looked to my right, and saw a celeb. I wasn't as used to celeb-sightings as I am now, so I did a double-take. Then I caught myself staring because this woman DID NOT look like she looks onscreen or in the magazines. She looked back at me, and I realized I had forgotten my manners for a moment. I nodded my acknowledgement, then got out of that aisle, all shaken up. Her features were the same, she was more petite than I thought she would be (the camera really does add weight), her hair was pulled back into a simple ponytail, and she was dressed in fashionable fitness-wear. The thing that surprised me was that she had seriously acne-ravaged skin. I'm talking dents, divots, and pock-marks everywhere. As one who has had an ongoing battle with acne since adolescence (my dermatologist just recently helped me get it under control), the wheels turned in my head: "If her skin looks like THAT, and they make her look flawless, then my skin problems don't have to be a hinderance either." Then I started thinking about all of the 'regular' people who are going to extremes in order to look like celebrities, when the celebs themselves don't even look like the 'product' being sold. Hello Photoshop! Hello glam-squad! I'm not going to put anybody in particular on blast, and I will say that there are some people who look pretty much the same with or without makeup - where makeup only enhances their looks, and then there are other people (including myself some mornings) where the "after" looks like somebody had a magic wand and did a total transformation. Got figure issues? Spanx are a girl's best friend! At your fitting, tell the wardrobe department you need some, or keep some in your 'set bag'. Got hair issues? No problem: They have wigs, weaves, clip-ins, and special styling techniques. Skin issues? No problem: Give 'em a couple of hours and your face can be cosmetically spackled until you are F-L-A-W-L-E-S-S. And if you are particularly high-profile or have your own show, you can be shot with special lenses or be approve everything before it is released to the public. Anything can be had for a price. I have even had cheaply-made, ill-fitting clothing taped to my skin that the clothing would hang better and not roll up. On-camera it looks great, but I had the tape marks on my skin for a long time after that (adhesive allergy). Anything to get the shot.
So no need to go carving yourself up like a holiday ham in order to reach some non-existent ideal. Train, work hard, surround yourself with good people who enrich your life, and put together a good team that knows more than you do. If you are good, if you are prepared, and if you are persistent, you will work. If you aren't working, it has very little (if anything) to do with your big nose. And if it does, it's nothing a few makeup tips can't help. 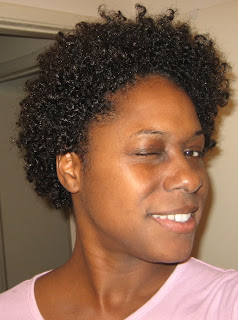 Hi Nicole! I'm new to your blog and I've gotta say that I LOVE LOVE LOVE it! I read alot of your posts from Unscripted and noticed that you were no longer on there so I came here and started from your very 1st post until now. You have one of the best actor blogs out there imo. You talk about all the realness that comes with being an actress instead of simply talking about all the good and excluding the bad. I look forward to reading more from you!

PS Great post! I've known so many girls who want to get their nose done or get botox for non-existent wrinkles, and liposuction because there's apparently NO WAY they'll get hired unless they are a size 0 with a small nose and no wrinkles- it's ridiculous!

Thanks for coming on over to check out my blog. I'm glad you like it, but the first thing I thought is that your eyes must be reeeeally tired if you have read 3 years worth of posts in about 3 weeks! ;o)

I do my best to tell the truth as I see it. Other people may have different experiences, but there are sooo many things that I didn't know when I started down this road, and if I can enlighten and/or inspire others by my journey, then we're all better off.