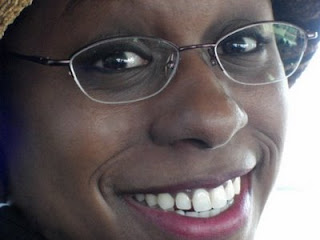 I have an audition for an underwear commercial tomorrow. If my memory serves me correct (because I don't feel like going to my car and grabbing my audition log), this is the third time I've auditioned in my skivvies, and (get this) I've booked all three gigs. 38-31-41 and all! Take that, Hollywood stereotype! So here's hoping the streak continues, cause mama needs a pair of shoes.
I also stopped by and saw my manager briefly today. She's awesome. We talked at length about a number of things, and the entertainment industry featured prominently. Things are slow all over, and the face of show business as we know it is changing. We've seen it coming for awhile in our shows. First there was a proliferation of talk shows and court TV shows, which usually have lower production costs than scripted episodic shows. Then came reality TV shows, which also cost less to produce than scripted shows. People aren't even watching TV the same way they used to - you know, glued to the TV for their must-see shows, and sitting through commercials. Now we are recording shows and fast-forwarding through the commercials or watching them online if we miss them when they air on TV. All of this necessitates change. The cost of living is going up for everyone, and in this current recession, it is tough for people as well as business to stay in the black. Advertisers don't want to pay more for commercials that people are fast-forwarding through. Actors want to get paid for their shows that air on the internet. Agents and managers want to get their clients back to work ASAP, because if we aren't working, they aren't getting paid either. Studios want to produce shows as inexpensively as possible. Everybody's concerns are valid, but we are all in this together, and we have to find a way to work it all out. I voted "Yes" on the new proposed commercial contract, but I have to take a long look at the proposed theatrical contract. As an actress, I want to make sure that I, and my fellow actors are protected, and can continue to make a living at our profession, but I also understand that lot of below-the-line talent (people you don't see onscreen, but are essential to making the production happen, i.e. lighting designers, sound mixers, etc.) have mortgages to pay and children to feed as well. And we are all in this together.
It's a tough decision that shouldn't be taken lightly, because any protections we give up, will probably not be regained anytime soon, if ever. Also, if we don't get in on new media (internet, cell phone) benefits right now, we are in trouble.
On a lighter note, I stopped by The Meisner Center last night - just to observe, and hopefully be inspired by other artists. I studied there for 2+ years, and it changed me as a person, as well as my work as an actress. The instructor, Martin Barter (who was hand-picked by Sanford Meisner to run the center) asked me to go onstage and talk to the class about what I gained from the work. It was a real trip, because not so long ago (wow, has it really been almost 5 years??) I was in the audience, listening to other people talk. I hadn't the first clue where to begin, had never been on a set... so many things I didn't know and didn't KNOW that I didn't know.
I was a little nervous when I started talking. I'm still learning as I go, and don't want to appear like a know-it-all. What I know, I know, but there are lots of things that I have yet to figure out. I spoke, then answered questions. The thing that surprised me most was that everyone asked a question, and I was able to answer every one. At the end, I felt like I provided a valuable service. And at the end of the day, isn't service to others more important than anything else?
Gotta run.
XXOO
--Nicole
at 5/19/2009 06:16:00 PM