Is Your World Getting Smaller? (Like, in a BAD way?) 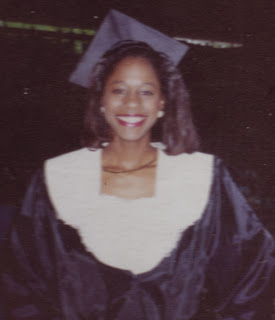 I read Jonathan Fields' latest blog post this morning, and it REALLY spoke to me.  I was still in bed, grabbed my phone to see what was going on in the world, and saw it in my RSS feed.  I read it a couple of times - not an easy feat on the little-bitty screen of my Palm Centro. 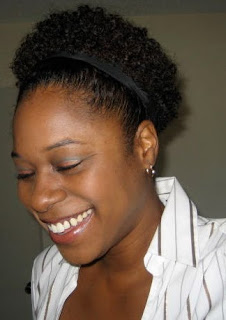 The post started out with two pictures of him - one in a graduation cap and gown, and the other one was a current pic of him.  The former looks like a pic that I have of myself in a caps and gowns I've worn at all of my graduations.  Heck EVERYBODY in a cap and gown pretty much looks the same:  hopeful, excited, full to the gills of brand-new knowledge, all shiny and new like a brand-new car with a big bow on it.  (If you lean in closely, we all even have that new-car smell.)  The world is our oyster, the possibilities are endless, and we are ready to change the world!!

Then we get out into that world.  People and circumstances kick us around a bit, we find out that things aren't quite as we anticipated.  We get jaded.  We get tired.  We get our feelings hurt.  We call it 'being realistic.'  Where we once said "YES, BRING IT ON!" to every opportunity, now we hedge and hesitate.  "The world is my oyster." becomes "I have a pretty good job with benefits and I live in a decent neighborhood."  Instead of demanding passion from our lives, we settle for 'good enough.'

A week or so ago, a friend of mine (a writer who just up & moved to Paris for almost a year and just recently returned) and I were talking about 'people our age' and how we see so many people throwing in the towel at this point.  Just giving up on 'living' in favor of... heck whatever's left when you stop living with gusto and just start going along to get along.  I just turned 38 and she's a few years younger.  In your teens, 20s, and even early 30s, you get a pass for being different.  It's written off as "finding yourself."  By mid-30s, people start looking at you funny.  "What do you do?" is somehow seen as more important than "Who are you?"  We scramble into pre-fabricated boxes in order to have a pat answer to that question.  "I'm an attorney."  "I'm a Realtor."  "I'm a stay-at-home Mom."  "I'm an actor."  And then because we've professed what we are, we put all of our efforts into being THAT.  To expend energy being an "amateur" is a waste of time.  A dispensable hobby, which is definitely not as important as a "profession."  Never mind the word amateur literally means 'lover of,' - all of those things that we love, all of the passions that once fueled us are now to be shoved into the few hours not spent working at our REAL jobs: drowsy evenings and frantic, errand-filled weekends.

Because it's too tiresome to be different, we start thinking "Maybe I'm kidding myself.  Life would be so much easier if I just walked in lock-step with everyone else.  It's time to grow up."  We throw in the towel on the essence of who we are in favor of the illusion of stability.  Funny thing, though - the  more stable we appear to the rest of society, the less connection we have with our own spirit.  Our social and 'professional' cachet may grow, but our inner world - you know, the world that houses our own personal flame - gets smaller and smaller.  No wonder our flames go out.


Though wise men at their end know dark is right,
Because their words had forked no lightning they
Do not go gentle into that good night.


Good men, the last wave by, crying how bright
Their frail deeds might have danced in a green bay,
Rage, rage against the dying of the light.


Wild men who caught and sang the sun in flight,
And learn, too late, they grieved it on its way,
Do not go gentle into that good night.


Grave men, near death, who see with blinding sight
Blind eyes could blaze like meteors and be gay,
Rage, rage against the dying of the light.


And you, my father, there on the sad height,
Curse, bless me now with your fierce tears, I pray.
Do not go gentle into that good night.
Rage, rage against the dying of the light.


Nothing more to add.