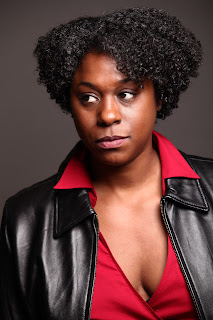 A couple of weeks ago I began a blog post that I entitled "Bad Actress."  It wasn't a snarky slam on some starlet's latest onscreen snafu... it was a swipe at myself.  I was having a really. bad. day.

I've been "interviewing" potential teachers/ coaches for months now.  This past spring, I thought I had found the teacher for me, but classes didn't start when I was told that they would start, I had to repeatedly contact them to find out what was going on, and I decided to ask for a return of my deposit and take some other (more ORGANIZED!) workshops instead.

A couple of months later, I audited a different class, really liked it, and then was told that I had to first take an expensive workshop that met for 6 hours during the weekday so that I could learn their specific technique and terminology.  I audition during the day (don't most actors??), so I had to pass on that.

A few WEEKS later, I contacted another teacher.  This teacher stood me up for our first meeting and I was INCENSED.  An apology and a free coaching session were proffered, but the apology seemed rather flippant and I wasn't even going to bother speaking with this teacher again, I didn't care how many "award-winning actors" had studied at the studio.  A few days later, I did receive a call from the instructor, along with a sincere apology and explanation of the circumstances.  I decided to accept the free coaching session, and the session is what sent me running for my "bad actress" dunce cap.

Let me say this: this teacher is knowledgeable, experienced, and has a proven track record.  This isn't some ignorant huckster, and I DID learn a lot of valuable things during our session.  It was the manner in which things were done that really had me feeling badly.  Look:  I'm there because I know that there are some weaknesses in my skill set and I want to strengthen them.  Before I even got to perform my prepared material, I had already been picked apart: the way I sat, my cheerful demeanor, I was told that I didn't follow instructions in the email sent to me (later I realized that my email did not even contain those instructions)... by the time I got up to do my audition, I didn't want to.  I just wanted to leave.  I couldn't remember my lines, and I may have read the end of my scene off of the script in my hand.  The script that this person told me I shouldn't ever bring into an audition room (after countless numbers of casting directors have said to ALWAYS hold it in your hand, even if you know the whole scene).  Even now, typing, I'm feeling the same way I felt when I left. "How much of that do I keep and work on?  What can I disregard?"  I was accepted to work in the advanced class, and I didn't want to automatically dismiss it because I did get some very specific, useful advice (a big one: I'm naturally expressive, so even when I think my work is too understated - I have to go under THAT), and I didn't want to throw the baby out with the bathwater.  So I considered taking this class, much in the same way that one takes medicine.

That's when I started writing the "Bad Actress" post.  I was wallowing and self-flagellating.  And then an actor contacted me to schedule a consultation.  He had been reading my blog for a long time, and was in the area (sort-of), and just wanted to meet and get some advice regarding his career and info about the industry.  All I really wanted to do was spend the weekend in bed and be pitiful, but he appeared to be serious and sincere, plus willing to travel a considerable distance to meet with me, and I wanted to help him in any way that I could.  We met for... 3 hours??  I was sooooo impressed.  He had a unique look and skill set, but more importantly, he had HUSTLE!  In addition to his headshots, resume, and footage, he had a (long) list of questions, which showed me that he had really been doing some homework on his own.  Good things come to those who hustle, y'all.  At some point he told me that he had TAKEN THE TRAIN FROM SAN DIEGO to meet with me and was going right back so that he could run a half-marathon in the morning.  So many actors I know (myself included, many days) won't take the train across TOWN.  I may have had to "screw my courage to the sticking place" to get there that day, but I left inspired.

Spirits buoyed, I have since found myself a really good class.  Remember Howie Deutch, with whom I worked on CSI:NY?  Well, he invited me to his Master Class at the Beverly Hills Playhouse.  I went the following Saturday, and instantly felt at home.  Like this was a place for me to learn and grow.  The caliber of the work was professional, there was honesty and respect in the room, and I recognized actors who have been working FOR YEARS.  Household names... still in class, honing their craft... I want to be in that number.

I interviewed and signed up that very day.  I am so excited.  And a little nervous.