RainDROPS keep fallin' on my head... 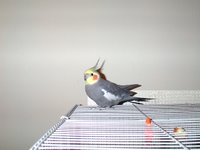 No, not REALLY (I was being punny). Anyhoo--I had an indie film audition today (more disorganized mess) at 11AM, and I was planning to do drops the rest of the day. A friend of mine called me last night and said his brother is in town and they wanted me to go to the garment district with them, and then play cards with them this evening. I decided to get up early and do drops so I could get my work done before I started "playing" (though it's all fun to me in a manner of speaking). I left home at 9:15 with my MapQuest directions on the seat next to me b/c I get lost everywhere I go, and headed to Prospect Studios. I dropped headshots off at Lowy/Brace (GREY'S ANATOMY!!) and Mark Teschner Casting (General Hospital). I sat in my car for a while trying to remember what other show (that I had an audition for a few months ago) casts there, but I couldn't remember. I'll look it up later. Then I went to my audition at Sunset/Gower Studios, and while I was there I dropped at Allison Jones Casting (The Office ), and Bluestein/ St. Cyr (NCIS). I'm going to visit my commercial agent tomorrow to congratulate him for being nominated for the Seymour Heller Award, and chat with him a bit. I'm also going to call my theatrical/ print agency and see if I can get in to visit them. Plus drops, of course. Then I need to go do some work at the NAACP (for the Image Awards), and I've agreed to start work on the Black Movie Awards. It really is too bad that I have to sleep. I have a lot to do.

Oh yeah, I didn't finish telling you--my friend sent me a text message right before my audition, saying that he and his brother spent all of their money and didn't have any to spend at the garment district. I was salty! I had been planning to go and buy some dress slacks for auditions since I accidentally gave my favorite pair of audition pants to charity, lol (really). We ended up at Roscoe's Chicken and Waffles. We ate, then spent the rest of the time slapping at flies. It was really gross. I stopped going to the Roscoe's on Gower b/c they have roaches--after this experience, I think I'm going to be swearing off Roscoe's for good. Ugh.