In the grey space... 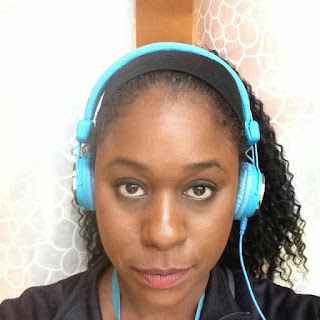 I've said it time & time again - (some variation of) "Sometimes I need to get still and quiet so that I can hear my own inner voice."  The world shouts so loudly and often, the only way to figure my way forward it to shut everyone else out.  Every single person.

That's what I've been doing lately, and it has been refreshing.  Almost everyone has an opinion about your life, and most often the people who care the most about you have the strongest opinions because they are trying so hard to steer you in the "right" direction. I believe, though, that I am the master of my fate and the captain of my soul* and I am responsible for the decisions that I make, so I get into a quiet space until I can see my way forward.

It's really eye-opening (ear-opening??) what I can hear when I tune out everything else.  What's really important appears in bas relief across the landscape of my life:  analyses of people, problematic situations, and actions that I should take but sometimes don't want to.

This is the place where negotiation happens- what am I willing to do to get to what I say that I want?  Which, for me, most often happens to be "freedom" and "peace of mind."

I'm aware that I'm not telling you anything definitive, I'm just telling you the truth of where I am.   Life is messy sometimes.  More will be forthcoming, I'm sure, because as my ears and eyes have had to take in less, my mind has become more fertile and agile.


*If I were to bring God into this (since I DO believe in God), I would liken God to the north star:  a fixed guidepost by which to steer.  God is not actually steering the ship, since I alone make the decision to go N, S, E, or W, but if I decide to go in a direction different from that of my "inner voice" then I may end up somewhere unpleasant.  Which HAS happened.